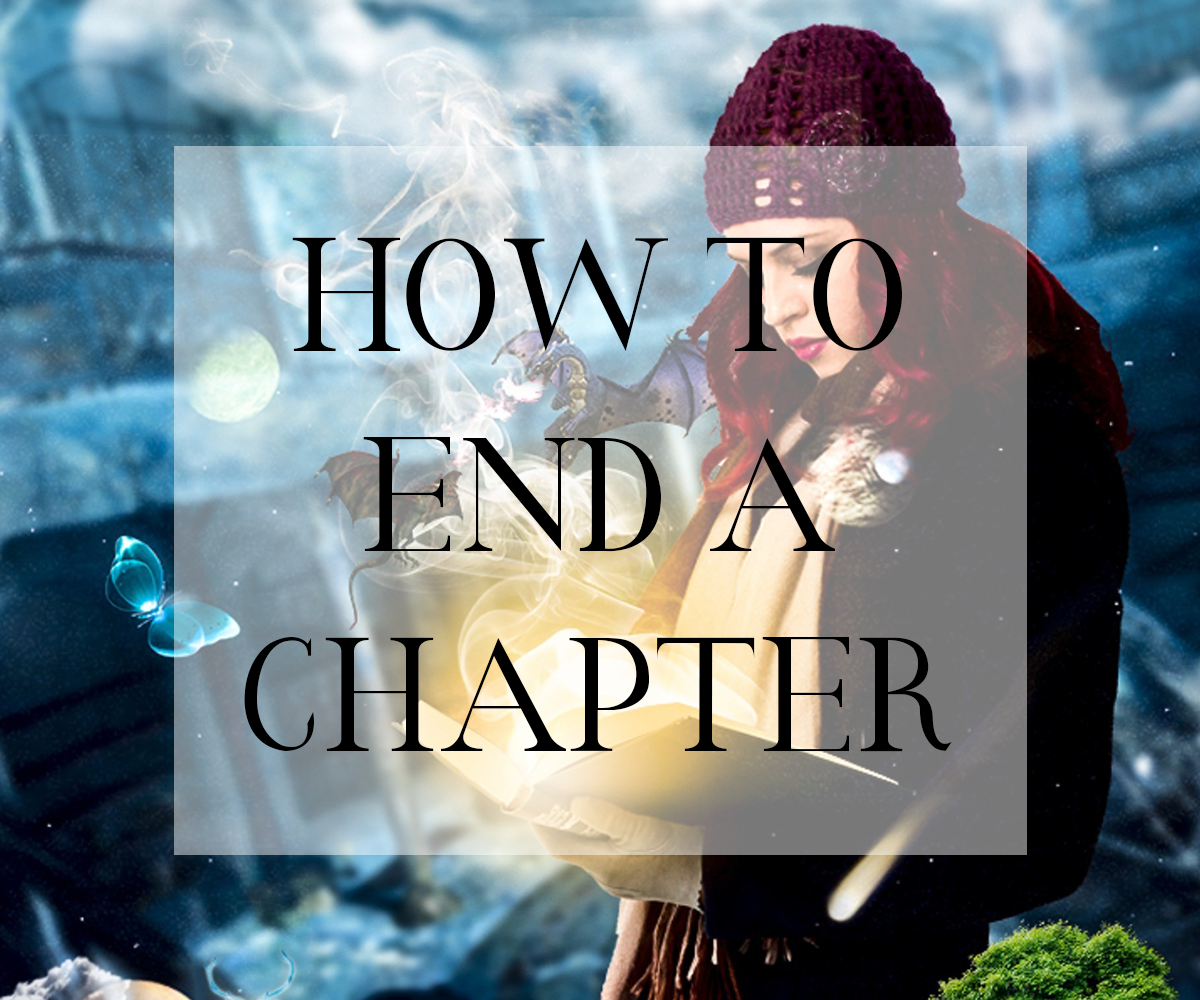 Where, when, and how to end a chapter is something a lot of writers question or wonder about when writing their story.

Some people end their chapters at the end of a scene, whereas some might tell you to end it after you’ve reached a certain amount of pages.

But, the best way to end is a chapter is with a mini cliffhanger!

When you’re writing, remember that your goal is to get the sleepy reader to keep turning the pages, no matter how heavy their eyelids are.

When you read, how often do you say to yourself, “Just one more chapter, then I’m going to sleep”? Then you get to the end of the chapter where the MC (main character) has a bullet flying toward their head, the villain has got the MC at their mercy, or the MC sees her boyfriend kissing someone else.

When the chapter ends like that, as a reader, you have to keep reading! You have to know how it gets resolved. So you read onto the next page to make sure all is well in their world. Readers don’t like stopping in the middle of a chapter, so more than likely, they will finish that chapter….which ends with another cliffhanger!

And, if you’ve done your job as a writer correctly, the cycle continues until the reader has finished your book.

Now, the cliffhangers don’t always need to be really intense. The MC’s life doesn’t always need to be at risk, nor should it be. If you put them in a really dangerous situation at the end of every chapter, or if she thought her boyfriend was cheating on her every time a chapter ended, then it would become very redundant and far fetched.

So, this is where you need to get creative.

Ideas on how to end a chapter:

There are many more ways you can end your chapter that’s specific to your story, but these are just some general good ideas for you to use when writing.

Any thoughts on this? Tell us in the comments!