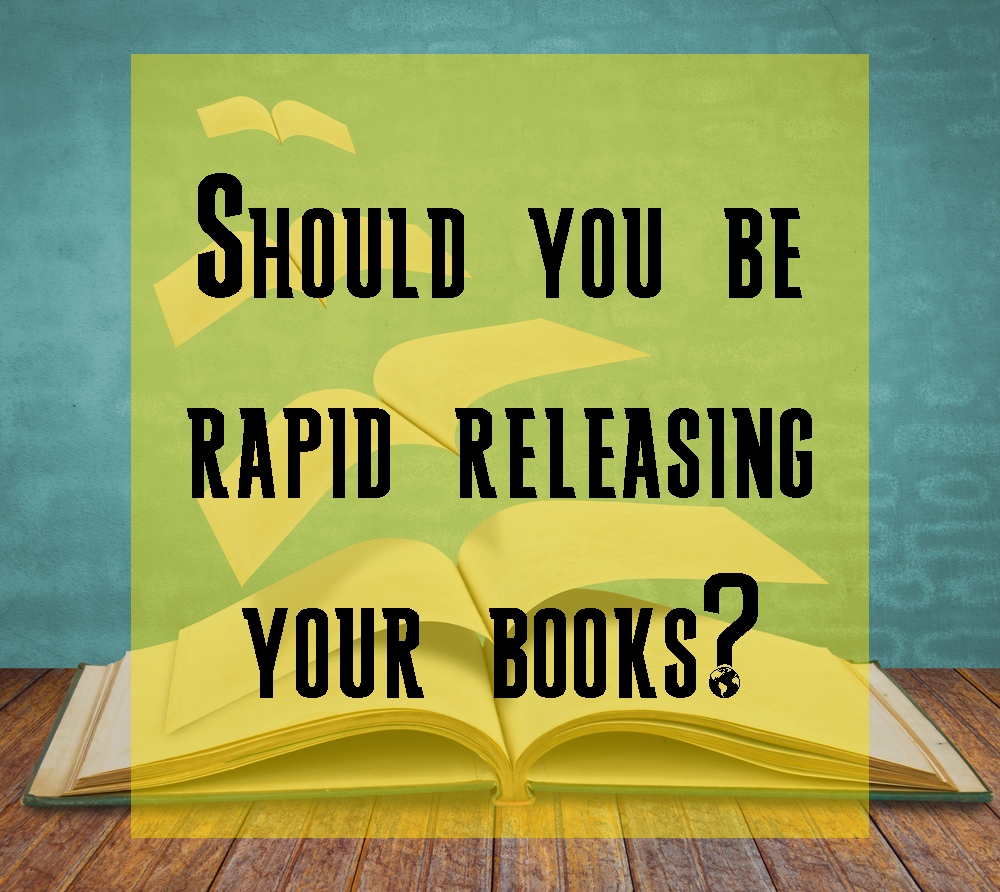 If you’re an author, then you may have heard of something called “rapid releasing.”

This is when authors release books as often as every month, and many authors find success is doing it this way and only this way.

The theory behind rapid release is as simple as keeping the momentum going!

For instance, if I’m reading a book that I really love, and it’s written by an author I’ve never heard of, I might forget after a while. If I learn about them releasing a new book a month after reading their book, they’ll be fresh in my mind and I may even still be excited about this author. But, if it’s been a year, then I may have forgotten their name or lost my excitement.

But it isn’t just about keeping the momentum going. Rapid releasing also triggers Amazon’s algorithms to work on your behalf. Much like Facebook’s algorithms, the more you post, the more you will show up on people’s screens.

It makes a lot of sense, and if you’re able to do it, then this is a great strategy!

If you’re going to try rapid releasing, then ask yourself a few questions:

If you want to try rapid releasing, but you know you cannot commit to writing full length novels that often, try what I’m going to do–releasing short stories in between full length novel releases.

That’s a great way to keep momentum going, but also to keep Amazon’s algorithms working on your behalf!

No matter what route you go, just be sure to be consistent!

Whether you write one book per year, or one book per month, just be consistent with posting that amount of books in your normal time frame.