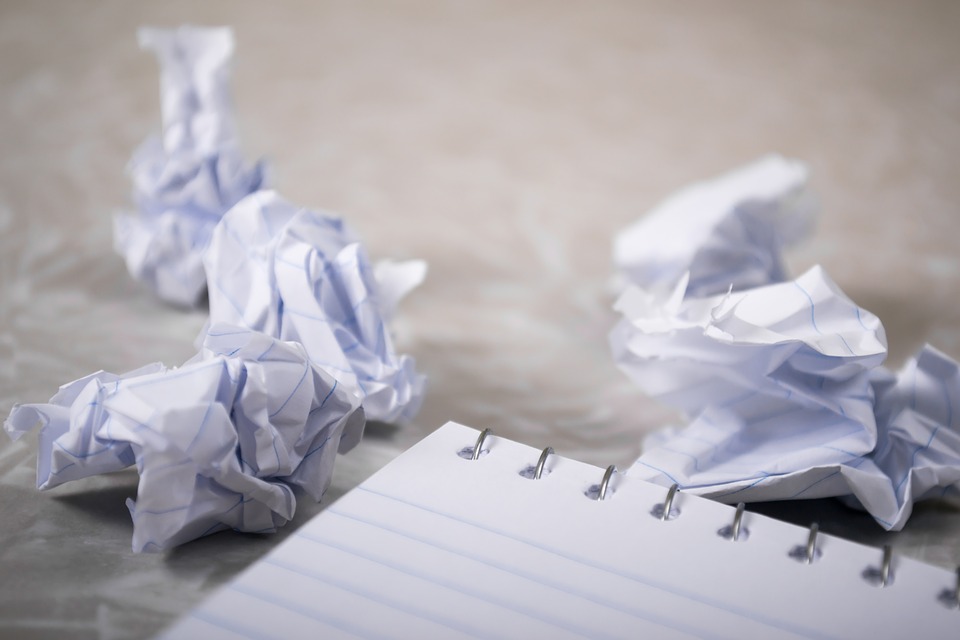 Getting Unstuck: Dealing with Writer’s Block

Every writer no matter their skill level has heard of writer’s block and has probably dealt with it too. We’ve all been there, bemoaning our inability to write and wondering why we just don’t seem to have the motivation. And we’ve all spent forever scrolling through blogs and even the occasional YouTube video looking for ways to beat writer’s block.

Depending on who you ask, writer’s block is either a very real problem or a non-existent problem used to excuse laziness. Truth be told, it can be either. Sometimes, you do just need to sit down and force yourself to write. If you’re writing only when the muse strikes, then you’re probably in this category. But if you’re not doing this and you genuinely can’t seem to make yourself sit down and write that next scene or chapter in your current work-in-progress, you may be wondering what to do. It isn’t laziness that’s stopping you. But what is?

This problem of identifying why you don’t feel like writing or can’t seem to write anything at all is a genuine problem, but it’s a problem that has several root causes.

Root Cause #1: You’ve burned yourself out.

If this is you, it’s okay to take a break. Put the book you’re working on down for a few days and spend the usual time you have for writing on something relaxing. Watch a movie, go for a run, or just do something that helps you recharge.

Then, once you have recharged, do your best to balance things better so you don’t burn out. It’ll be more productive in the long run, and your work’s quality will be higher because writing won’t make you as stressed.

Root Cause #2: Something is wrong with the plot point.

If you aren’t burned out and in need of a break, and you aren’t just procrastinating, then a problem with the plot point is the only other cause for writer’s block. You might be wondering what I’m talking about. You’ve worked out the plot, and you didn’t think there were any problems.

I probably would’ve been with you on the confusion about six months ago. But about that point, I was reading through Rachel Aaron’s 2,000 to 10,000: How to Write Faster, Write Better, and Write More of What You Love. Granted, the book wasn’t about writer’s block, but Rachel did discuss this point, and she made the same point I’m making. I read through her argument and thought, I don’t know if I really think that’s the cause. I mean, it’s an interesting viewpoint, but I don’t think that’s the issue.

Then I got stuck with one of my current works-in-progress. And I discovered just how right Rachel was. I didn’t want to write because I wasn’t interested in what I was writing. And once I worked through it, I came out with something much better and with steps to use for writer’s block in the future.

Simply put, if you’re not excited about writing that section, then you’ve found your problem. After all, if you were happy with or engaged in the plot at that point in the writing process, you wouldn’t be dragging your feet and feeling like it’s plain torture to write a word on the page.

Unfortunately, this problem isn’t as simple to fix as the others. But there are a few troubleshooting steps you can go through to help fix this issue. These aren’t hard and fast steps, and you may develop your own as you deal with writer’s block. But these are the ones I developed as I worked through this root cause for writer’s block, so I’ll share them with you to get you started.

Before I go into those, however, let me say that the problem with your plot section might not be a logistical issue. By that, I mean that your plot section might fit great with where you want to go. It doesn’t create a technical “error” with the plot. But it still doesn’t grab your attention, and if it doesn’t grab yours, I guarantee it doesn’t grab the reader’s! If you can’t find the interest to write it, chances are you’ll communicate that lack of enthusiasm and boredom to your readers too.

So now let’s look at how you can fix this.

Step #1: Identify what makes the plot point and its corresponding scenes so boring.

Why aren’t you excited to write this? What is the scene or series of scenes missing that would make it a joy to write instead of a drudgery? If you can figure this out, you’re on the right track for fixing it.

Step #2: Figure out if anything needs to change with the plot.

If you’re making changes to the plot point and its corresponding scenes, you may also need to change the way the rest of the plot flows from that point. Not all changes will be drastic enough to necessitate major changes, but it’s always best to double check that the new version of the plot point and its scenes fits fine with what you have planned. Even if it doesn’t, changing the point to make it something that actually holds interest is always the better choice.

Don’t stick with what isn’t working just because you feel locked into the plot or because you feel it’s necessary to get to your ending. If it’s really important for that thing to happen and for the book to end in that way, then find another way to get there that does hold your attention and makes you excited to write. Otherwise, just change things. Don’t be afraid to do that. Better to change it now than to force yourself to write what’s not working and end up with a weaker story in the end.

Once you have things figured out, you should start writing right away. Don’t give procrastination a chance to set in. Chances are that if you’ve already made changes that you like, you’ll be excited to write, so put the momentum to good use. Your excitement over the new scene may mean you faster than usual, so why waste that advantage? Besides, the details you worked out will still be fresh in your mind, so writing the scene should be easier.

But most importantly, starting to write immediately helps to get you back into the schedule and to avoid any further writer’s block as a result of not sticking with your usual patterns of writing.

Those are the three steps you can use to help you deal with writer’s block when it isn’t a matter of laziness or burnout. But above all, remember that you are capable of working through this! Being stuck doesn’t mean you’re a bad writer. Everyone gets stuck sometimes. The goal is just to get unstuck so you can continue doing what you love. And fortunately, all the root causes of writer’s block are solvable. So just keep writing and don’t give up.

Ariel Paiement is a fantasy author and freelance editor. She spends her free time building up content for her blog and working on whatever current works-in-progress she has ongoing.

Her books are available on Amazon and Kobo. Want to read some of her free work? Visit her Wattpad or Inkitt profiles. For more information about Ariel, visit her blog or find her on Facebook.